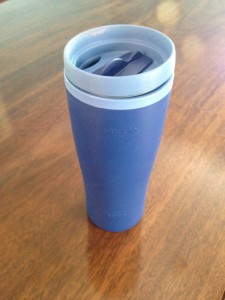 This post started on Facebook as an update to people who know me in real life as to what I’ve been up to for the past two years.  As it turns out, I’ve been up to way too much for a brief Facebook post.

Last week, I finished the first draft of my manuscript.  Right now, it’s about 70k words, and I think it will end up around 85k.  I think it will be “finished” by the end of June, although I’m sure I’ll keep editing it until I either find a publisher or am waist-deep in the next novel.  I have to admit there’s something particularly satisfying about seeing two years of work come to some sort of fruition (6 months researching Regency Britain–Evernote is my best friend now–6 months plotting and world-building my fictional town of Edenbrooke, and what will be a year of writing by the end of June).  I’ve learned some lessons on the way: First, I wish I could have written this book third or fourth in my series because it was ridiculously ambitious of me to tackle learning about both Georgian Era physicians and architects.  I already had to learn about manners, clothing, general history, etc., so I probably shouldn’t have heaped on that much specialty knowledge.  Second, I will forever use “further” and “farther” wrong, no matter how many times I correct myself. And third, I’m overly attached to the hero in what will be my second novel–and he doesn’t even appear in the first!

Going forward, I’m looking forward to attending the Romance Writer Association’s national conference in July. It should be fun.  Less fun, but hopefully still rewarding, I’ll be sending out query letters to editors and agents shortly after that.  I think back to being an attorney and remember the lawyer who used to take scissors to associate memos and cut out the parts he liked before taping them down on a clean piece of paper and writing around it.  If I survived that without blinking, I think I can take whatever rejection comes my way.  And…from reading years of RWA publications, I do expect rejection.  There are tons of examples of well-known authors who were rejected time and again until their third or fifth or even tenth book.  And many wonderful authors never gain a foothold in a major publishing house–there’s a lot of luck in this process.  Some of the best authors out there are indie-published or self-published, having either having had no luck with the big publishing houses or having decided that traditional publication was just not for them.  I’ve decided to give myself three novels before I try self-publishing, so it could easily be three years before anyone sees a word of what I write. I’ll cross my fingers for it to happen sooner than that, though.

Last, I’ll share a small tidbit on this series.  Why did it take me six months to “world-build” and plot?  It’s because I’m going to linger in this town for years.  Edenbrooke is still a WIP–the six months represent the time I spent exclusively on mapping it out and creating characters for it.  I keep adding to it as I go.  Of the characters created so far, seventeen of them will have some sort of romance attached to them at some point.  Some of those characters may be romantically connected to each other, so it’s not quite seventeen plots, but you get the idea.  I have the next three books plotted out well enough that I could delve into writing any one of those tomorrow.  Following those, I have plot summaries for several more characters that I’m sure I’ll add to as I get closer to writing those novels.  I also suspect that I’ll write a “second generation” of books for Edenbrooke set in the Victorian Era.  I almost set my series during then because there’s just so much fun to be had during that time period–trains, Mesmerism, funny clothes, ridiculous inventions, fantastic inventions, etc.

So, yes, this is what I’ve been up to for the past couple years and why I’m constantly at coffee shops in the morning and at night.  Writing has brought back my caffeine addiction, unfortunately.  I’d been off caffeine for about two years before I took up writing, and now I start salivating whenever I drive by Starbucks or our local coffee house.  Is this a problem for all writers?