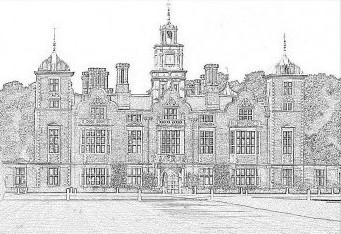 Robert Halwick, the Duke of Ashton, “Ash” —  England’s best-looking man and foremost bastard.  Once a charmer and the Ton’s darling, Ash is now mysteriously short on words and temper.  Everyone assumes that the death of his wife changed him, but is that the truth?

Lord Alec Halwick  (Wicked Ways to Win Your Wife)– Alec is brilliant, has his hands in almost every major financial investment in England, and is blessed with “Halwick blue” eyes and perfectly swept-back and touchable black hair.  Unfortunately, no one wants to be in a room with him, and he is fine with that.  Emotions are such an unnecessary inconvenience according to Alec.

Lady Caroline Halwick — Caroline looks the perfect picture of a haughty leader of the Ton.  However, her blunt nature tends to rub against everyone she meets, particularly the Earl of Heathwaite and Miss Philanthropic Jones.  She was subject to scandal in her youth, and now would like to avoid the state of matrimony at all costs.

Lady Isabella Halwick (How to Get Away with Marriage)– A little bit of ruthlessness isn’t a bad thing, right?  That’s what Isabella tells herself when she meets the architect she has commissioned to build a hospital in Edenbrooke.  He’d liken the situation to kidnapping, but that’s a gross overstatement according to her.

Lord Colin Halwick — Colin has the unique looks of all the Halwick men: He has high, high cheekbones, is tall, and, of course, has “Halwick blue” eyes.  Women flock to Colin’s charming smile and the sound of his easy laugh, but Colin is shy.  He can barely approach a woman, least of all speak to her.  If Colin ever pulls himself out of the corner of a ballroom, it will be a miracle.

Lord Henry Halwick — Died in 1812 at the Siege of Burgos under Wellington.

Eviejamison.com uses cookies to ensure that you receive the best experience on this website. By clicking OK, you consent to cookies.Ok